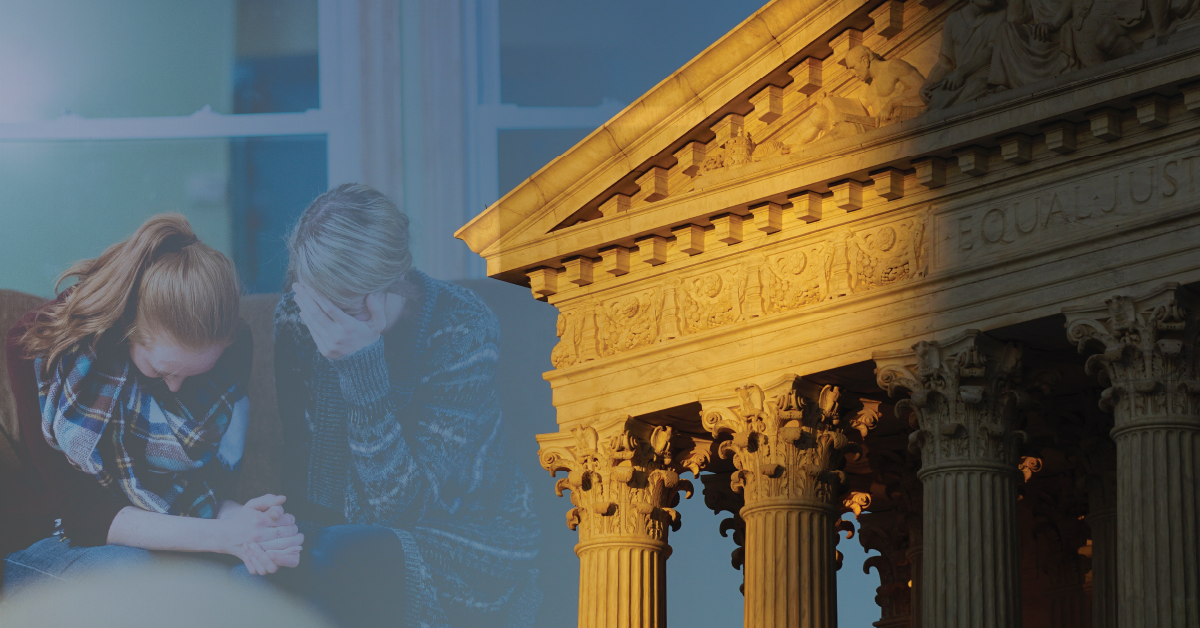 Fulton v. City of Philadelphia is a Supreme Court case that could have profound impact on LGBTQ+ families and youth in foster care. Family Equality filed an amicus curiae (“friend of the court”) brief in this case, lifting up the experiences of LGBTQ+ foster parents. This National Foster Care Month, as the Supreme Court inches closer to a decision in this case, we’re highlighting voices from our brief to show the real-life impact of discrimination. To read the amicus brief we submitted to the Supreme Court, click here.

April and Ginger Aaron-Brush of Alabama are the proud parents of a lovely daughter. Together, they decided they wanted to share their hearts and home with a child in the foster care system. But, when they began their fostering journey, two faith-based agencies blatantly turned them away because they are a lesbian couple. After their local state agency snubbed and deterred them, they reached a “dead end with no path forward.”

This discrimination kept April and Ginger out of the system, shrinking the pool of qualified foster parents for the children of Alabama.

Agencies that choose to discriminate often claim that their discrimination is harmless. According to them, LGBTQ+ families can just “go down the road” to another agency. April and Ginger’s story debunks that theory. Rejected by three agencies for no reason other than who they are and whom they love, the sting of discrimination and lack of available alternatives kept them from really starting the process of fostering a child in the first place.

Meanwhile, Alabama has a foster parent shortage for the over 5,700 children in state care. There are more than 400,000 children in care who need temporary or permanent homes. LGBTQ+ families offer a large pool of prospective homes for these children in care. But, as April and Ginger’s story reflects, discrimination can have a chilling effect on both the willingness and ability of same-sex couples to foster and adopt.

Family Equality knows too well that discrimination against qualified, loving parents like April and Ginger harms children in care. We must ensure that states with nondiscrimination policies are able to enforce them—starting with the decision in Fulton v. City of Philadelphia.

The Supreme Court will issue its opinion in Fulton v. City of Philadelphia this spring. On the day the court issues its opinion, we’re joining NEAT and other partners for a Virtual Rally and Town Hall. The rally will be a chance for us to gather together as a community to react to the decision, support each other and hear from speakers and performances. Then, the Town Hall will feature experts providing analysis of the opinion, how it will affect our lives, and what still needs to be done. RSVP to those events here.